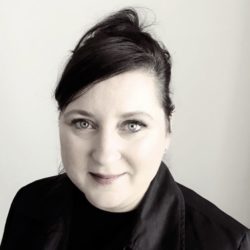 Based in the UK, Lena leads client operations and delivery for The Talent Enterprise in UK & Europe. With a strong professional background in all aspects of managing people and performance, Lena has over 25 years of work experience spanning Consulting and Line HR in Europe as well as in the Middle East. She has extensive expertise in advising both private and public sector organisations, across Healthcare, Aviation, FMCG, Financial Services, Customer Service and Luxury Goods. Lena’s professional philosophy is based on the integration of business goals with people practices, delivered in a engaging and relationship-led approach. Lena is experienced in using a wide variety of psychometric instruments and is qualified with the British Psychological  Society at both Level A and Level B.

Prior to joining The Talent Enterprise, Lena was a Leadership Development Director at LVMH Group, based in Paris. She managed talent and engagement projects around establishing a leadership model and development offer for Louis Vuitton leaders worldwide. Her work also included establishing and delivering the global leadership development model for LVMH, which integrated with sales and service targets to predict drivers for tangible business results across the variety of entities across the Group, one of the most sustainably profitable businesses in the world. Before moving to Paris, she also spent a few years with LVMH in Milan.

Whilst previously living and working in the Middle East, Lena has served as the Human Resources Director for multi-national organisations like Canon and Louis Vuitton, in both cases establishing and leading the regional HR function from scratch for the MENASA region as a strong foundation for organisational growth. Lena previously held senior HR leadership roles at Emirates Group, Bank of Ireland, Laura Ashley, ABN Amro Bank and Dubai Bank in the Middle East and Europe.

Lena loves collecting shoes as well as other forms of art! When she is not working, you will either see her in her bike and travel shop that she’s launched in Devon or she will be road-tripping with her dog in her VW campervan!