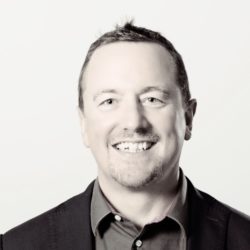 David Jones is the Founder and CEO at The Talent Enterprise. With a background in labour market economics, David is a senior advisor to policy makers and organisational leaders on their most pressing human capital priorities. With over 28 years of work experience, including living in Dubai for over two decades, David has worked with clients across 25+ countries on a broad range of talent, leadership, assessment, performance, transformation and inclusion projects. David is experienced in using a wide variety of psychometric instruments and is qualified with the British Psychological  Society at both Level A and Level B

David leads business growth and expansion efforts across global markets at The Talent Enterprise, along with leading key client relationships. He heads our research and innovation efforts to identify future human capital priorities. David was previously the Chief Consulting Officer at Aon Hewitt MENA. Prior to this, he held senior HR leadership roles at Emirates Group, Dubai Civil Aviation and KPMG.

A prolific speaker, David is a regular keynote speaker at conferences across the world and a frequent commentator in the regional press. David has co-authored three books, including his latest edited volume on ‘The Future of Labour Market Reform in the GCC’ by Gerlach Press, best-selling ‘Unlocking the Paradox of Plenty’ and award winning ‘Game Changers’ by Motivate Books. He has also contributed to additional books ‘Employment and Career Motivation in the Gulf States’ by Gerlach, ‘The Political Economy of Wasta’ by Springer and ‘Policy Making in the GCC’ by IB Tauris.

David is a self-confessed bike fanatic and thinks any car is essentially a tin box with a wheel in each corner’. He advocates his own version of George Orwell’s famous maxim from Animal Farm – it’s ‘two wheels good, four wheels bad’ as far as he is concerned. Despite his advancing age, David is proud to say that he has never owned a car in his life, although he currently owns a total of 7 bicycles and 13 motorbikes!