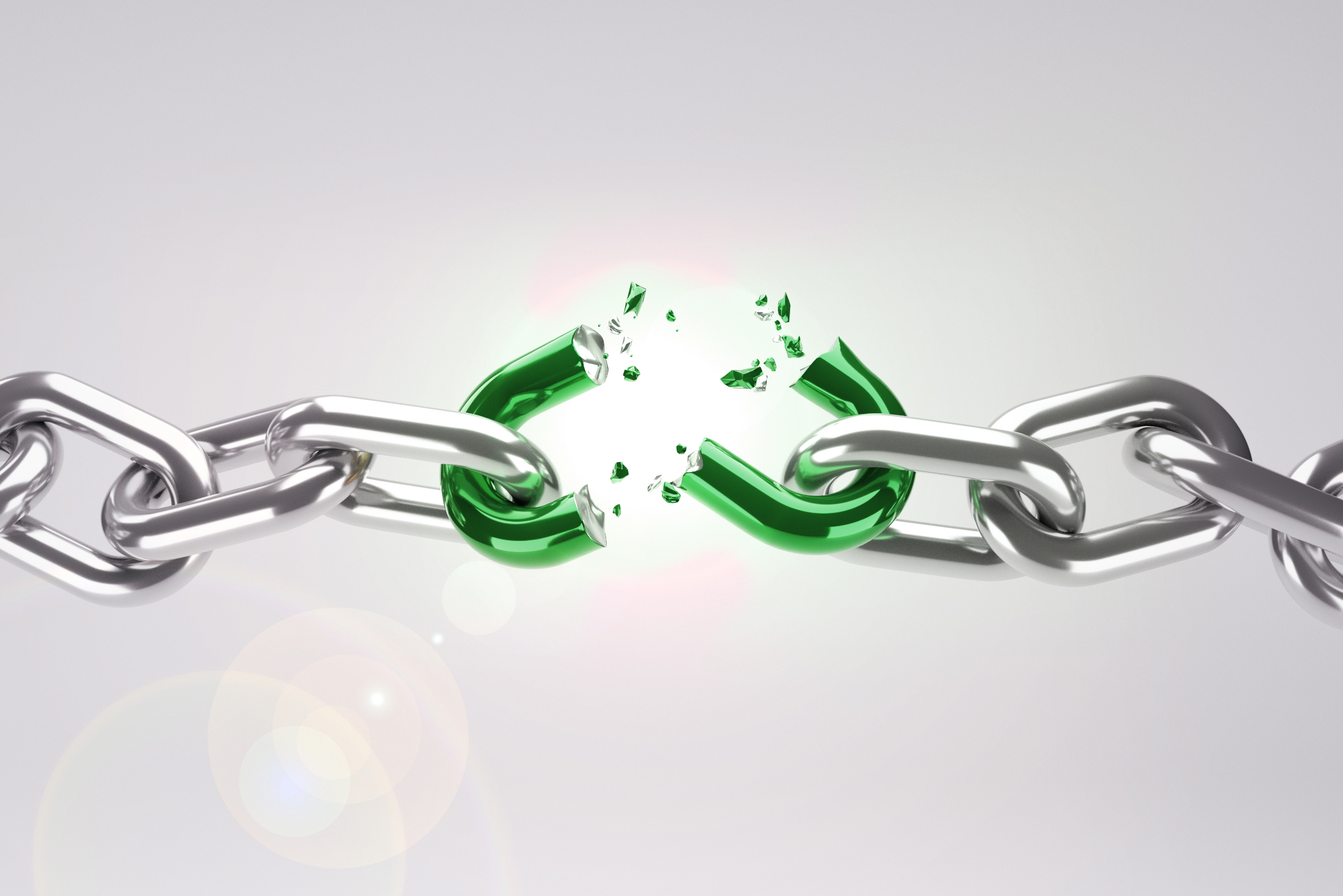 Resilience is only a necessary but not a sufficient condition for individual, team and organisational success.

According to my own Thriving Index™ character strengths assessment, one of my own highest, signature strengths is Resilience. This is defined as “being able to cope with and bounce back from failures, setbacks and challenges” and  I am sure after the last year or so in particular, we have all tapped our personal reserves of resilience to get us through the professional, personal, social and domestic impact of the pandemic. It may be true that recently, as individuals and within our organisations, we have all had to tap into our reserves of resilience to just survive as the immediate priority before even considering how to thrive. The last 18 months of facing the COVID – 19 with the devastation and disruption it has caused, along with the indirect economic impacts, which could be with us for much longer and have only just begun to be felt.

At first sight, being resilient is also something which feels very gratifying. I LIKE to see myself as “strong” and resolute and as a middle-aged, British man from a tough working-class upbringing, I like to tell myself that my unbreakable spirit and refusal to back down in the face of a challenge is not just a core part of my identity, it is an important ingredient in my “success”. Growing up, all my personal role models from books, TV, films and sports also displayed these “heroic” attributes, and I guess that’s why I used to like playing rugby and now enjoy marathon running. I know all about the importance of outward displays of bravery, not showing emotion and just “sucking it up” during difficult times, the twenty-first century version of the good old fashioned “stiff upper lip”.

Indeed, resilience is rapidly becoming the latest zeitgeist amongst leadership gurus, social media feeds and online conferences. That sounds great, right? Well, yes, to a certain extent, although at best our latest research at The Talent Enterprise would suggest a qualified, cautious affirmation, of what is the latest management cliché du jour. Whilst it may be currently very popular, almost to the point of being puerile and certainly not of particular pragmatic benefit when it comes to attaining and sustaining human flourishing.

What I see as my resilience, others can see as my stubbornness, inability to listen, a dearth of situational awareness and lack of openness, innovation and willingness to change. This is where data analytics reveals that too much resilience in isolation can be really dumb, in fact it can become established as a behavioural contribution to several leadership derailers.

Supposedly, with ageing comes wisdom. More and more recently, I have started to learn how pretty damn useless this behavioural preference and facility is in isolation. Whilst in the short – term it can help you get through a tough day, in the long – term, over-relying on resilience in isolation is damaging to our wellbeing, potential, productivity and ability to innovate, both on a personal level, and in terms of leadership and organisational behaviour at work. Indeed, some of our most recent research at The Talent Enterprise has been into behavioural styles, which can derail your leadership impact. These “leadership derailers” can be driven  in part by an over-reliance on or over-use of resilience. Persistent preference for resilience can contribute at a statistically significant level to non-productive, non-functional behaviours such as being perceived as sceptical, controlling, anxious, ingratiating, devious, conventional and vain.

However, let’s face it, most managers behaviours, preferences and expectations are shaped by their own early experiences, including their formative professional careers. Many conform to the middle-class, expectations of deferred gratification – hard work and suffering today, in exchange for reward tomorrow. These cultural and social assumptions are built into the artefacts of success in many aspects of our life, at least they used to be and are increasingly only emphasised in the most traditional organisations.

For example, the people practices of Goldman Sachs have been in the news a lot recently. Not only has CEO David Solomon called the recent growth in working from home an “aberration”, insisting on presenteeism as a requirement for maximising productivity at the bank. This is counter to their own performance and to much research on the performance and positivity of the majority of workers being enhanced during periods of remote working. The investment bank has also been criticised for its “up or out” competitive career paths, where junior analysts are expected to demonstrate their resilience as a proxy for their potential by putting in extremely long hours at the office. An internal survey was reported to have revealed that first – year analysts worked an average of 95 hours per week, sleeping an average of 5 hours per night. Unsurprisingly, a majority reported that they were thinking of leaving as their physical health, mental wellbeing and relationships were suffering as a result. The analysts had requested a reduction of total hours to an average of 80 hours per week, with no work after 9pm on Friday and Saturdays reserved to be off work entirely.

Behind this story is a powerful and pervasive workplace cultural assumption. Junior team members are expected to demonstrate their resilience as a proxy for their commitment. The expectation is that if they can survive their early career experience and not quit, they could then possibly be considered for promotion, recognition, development and reward thereafter. The problem with such working cultures which over-rely on resilience is that they can become fixed organisational behaviours, creating unsustainable approaches to work and becoming counter – productive when it comes to implementing change, innovation or more flexible twenty – first century approaches to work. Those who survive this system and eventually become more senior themselves and often perpetuate the destructive working culture of which they are the survivors. Just like senior pupils in English boarding schools, senior officers in the military, they have no incentive to change the cultural over – reliance on resilience. This is an organisational, team and personal leadership derailer for those involved.  Of course, Goldman Sachs is incredibly profitable, but if it eschews remote and flexible working and treats people this way, the question is how will it attract and retain top talent in the long – run if the focus is on merely surviving rather than thriving?

Resilience can also be just plain dumb, according to economist Albert Hirschman. In a classic study from 1970 he highlighted four  categories of responses to dissatisfaction with negative or problematic situations. Whether you are unhappy with your job, your marriage or your government, decades of research following Hirschman’s original work shows that you have a choice between four broad categories of response to dissatisfaction – exit, voice, persistence and neglect. Exit means removing yourself from the situation altogether: quitting a miserable job, ending an abusive marriage or migrating from an oppressive country. Voice involves actively trying to improve the situation: approaching your boss with suggestions for job enrichment, encouraging your spouse to seek counselling or campaigning to elect a less corrupt government. Neglect entails staying in the current situation but reducing your effort and expectations: doing just enough work to not get fired, choosing new hobbies or friends which keep you away from your spouse or just refusing to be politically active.

Persistence is all about resilience and is essentially the same thing in Hirschman’s definition. This response to negative situations involves gritting your teeth and bearing it: working hard even though your job is stifling your potential and deeply unrewarding, sticking by your spouse no matter how bad your relationship becomes or supporting your government even though you disagree with their policies and they do not represent your interests at all.

Only exit and voice have the potential to improve your circumstances, as speaking up may lead to improvement if you have some control or influence on the situation and if not, it may be logical to explore options to expand your influence or leave altogether. Interestingly, neglect and persistence (resilience) are essentially all about ignoring or putting up with the negative situation, whilst accepting that they will not be improved. Logically, resilience alone will not support individual or organisational innovation or improvement in performance results.

Our research at The Talent Enterprise reveals that high potential, fully engaged and high performing individuals are all able to balance their strengths of resilience with complimentary strengths to optimise their performance and productivity. Our data shows Resilience to have strong positive and statistically significant correlations with Agility (r=0.615), Energy (r=0.560), Collaboration (r=0.522), Optimism (r=0.521), Venturesome (r=0.520) and Contribution (r=0.508). Highly resilient individuals who do not have these complementary strengths, are at a greater risk of demonstrating leadership derailers, being perceived negatively by others around them in terms of not promoting employee engagement and workplace wellbeing and failing to lead change and innovation.

Resilience alone can also be sinister in its broader social aspect. Ever since Andrew Zolli and Ann Marie Healy’s 2012 book “Resilience: Why Things Bounce Back”, the question has needed to be asked, who benefits? They stated that the desire to actually solve problems or improve their impact is “an alluring and moral vision”, but ultimately wrong. Instead, the authors argued for a recognition that major human challenges are difficult to solve and perhaps it is preferable to get better at coping, whether through stress management techniques, improving emergency services or just simply changing people’s expectations about how satisfied and fulfilled their careers and lives generally could be. So, in their terms, not only does a focus on resilience create damaging limits to our expectations in our life generally, it is also misconstrued as a competence for our social institutions and an organisational capability in order to deal with crises, it is not a prescription for our individual behaviour.

Indeed, it is unacceptable and unproductive to just “put up with it and carry on regardless” in many cases. This is certainly the case when it comes to environmental degradation, racism, sexism, violent terrorism, gross inequality, etc. When faced with such issues, the resilient approach can encourage us to just put your head down and push on regardless, after all what did we expect anyway, a habitable world to live in, equal opportunities and safety and security for ourselves, our neighbours, our friends and our families? When resilience in isolation encourages fatalism, this does not need to be celebrated or pursued as a desirable behavioural trope.

Resilience does not equate to mental toughness, and in many cases, it is just plain dumb to just keep getting up and trying the same thing again and again, without learning from our experience and to change our behaviour in a more productive way. Resilience is a necessary but not sufficient condition for our individual, team and organisational success. In isolation it does not deliver, and can in fact have a negative impact, without the complementary strengths of growth mindset, optimism, confidence, purpose, efficacy, collaboration, courage and agility also added to our approach. It is time to shift the focus from resilience alone, and  merely surviving to thriving in a more rounded and sustainable way. 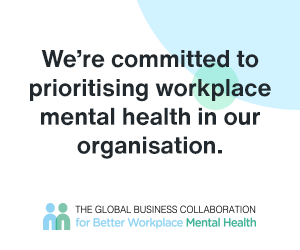